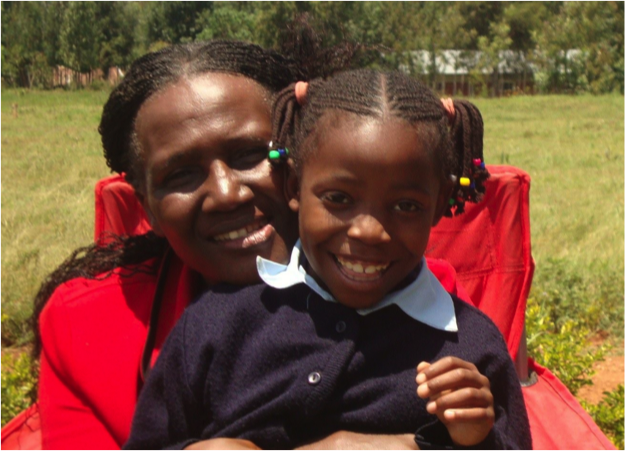 Margaret was the beloved sister of Kwamboka Okari, the school’s founder and Executive Director. Originally, Margaret Okari took in the first children after their parents died during the AIDS pandemic. She and Kwamboka cared for them and found boarding schools and sponsors until the numbers grew beyond their capabilities. Sadly, Margaret died of hepatitis and was not there for the ground breaking of the school in 2009; Kwamboka named the school in Margaret’s memory.

Kwamboka imported soapstone from Kenya to the U.S. and sold it in upscale shops and boutiques throughout the United States. When the AIDS pandemic struck Africa, many of the carvers died, leaving these orphans behind. Kwamboka was well acquainted with their families and worked within her network in the United States to help her sister Margaret—back in Kenya—support these children. Kwamboka has a powerful vision for the children of the Okari School. Her sentiments are simply spoken: “We believe that educating our orphans has the power to shape not only their destinies, but that the collective power of educated individuals can influence the destiny of Africa herself.” She is a relentless advocate who knows and proves that education is the cornerstone to a healthy and productive life. She is truly a success story.