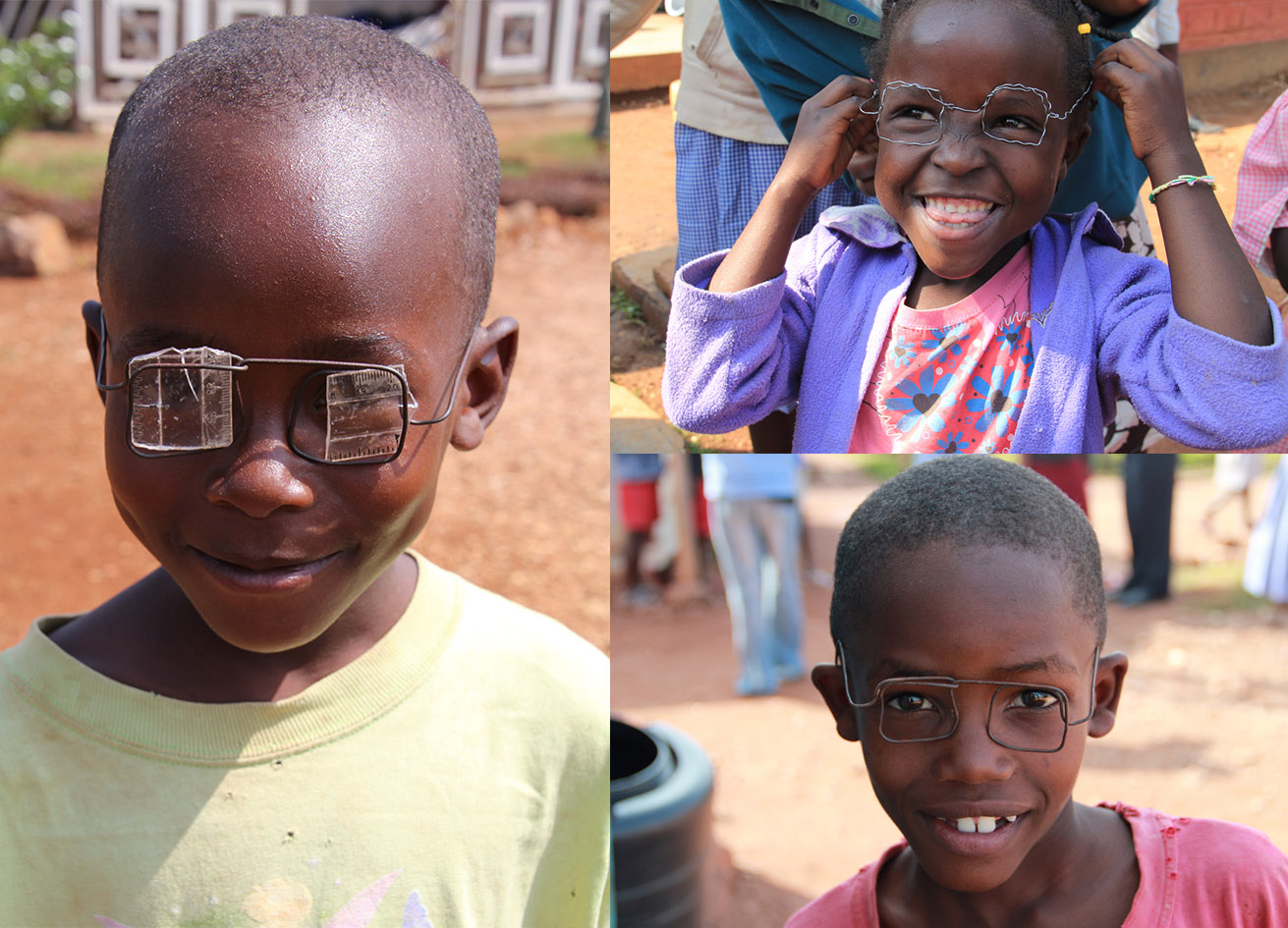 Betty Mobbs is one of nine women who traveled to Kenya with Peg Campbell on their first trip to the Margaret Okari School in the summer of 2011. Her daughter, Penelope, was among the group that traveled with her.

“Spending time at the school, playing with the kids, meeting the teachers, staff and Town Elders, and offering support to Kwamboka enriched our lives beyond measure,” Betty shares. “It turned out to be a reverse mission, as they ministered to us—modeling joy in the face of great challenges.”

The children at the Okari School can be satisfied and play for hours with nothing or something very insignificant. One day, Brian walked over to talk to us and in his hands were a pair of glasses that he had fashioned out of fence wire. When he first brought them over to show us, they did not have “lenses.” He left, and when he came back, they had opaque plastic “lenses” from an old ruler. I said, “I hope it was broken when you found it,” and he smiled.

It was all very exciting and soon everyone was gathered around, trying them on and having their pictures taken. I loved those glasses and wanted to take them home as a memento of our time in Kenya. It was a bad idea because these were his, they were very special, and I was sure that he would miss them. Later that afternoon, Brian was walking past us and I asked him where the glasses were. “Oh, I lent them to Silas and he lost them,” he plainly stated.

We searched but they were nowhere to be found. They were gone—but not forgotten. On the way to the airport, I asked Kwamboka to buy some wire for Brian so he could continue working with his special talent. Two years ago at the Moonshine event in Andover, MA, Brian’s wire sculptures raised over $2,500. They included a car, a plane, and a bike … and another pair of glasses!

Read more stories like this on the Okari Network; www.okarinetwork.org.